Apple iCloud has struggled in past years to compete with the likes of Google Drive, Dropbox, and Microsoft OneDrive. Accusations that the platform is only for iOS and macOS users have also limited its adoption among the wider tech community.

However, Apple has made several changes to iCloud in recent years, and these have made it a closer competitor with the other leading cloud storage providers.

In our Apple iCloud review, we look at both the strengths and weaknesses of the platform and ask whether it is the best cloud storage provider for your business.

Whereas iCloud used to be predominately a backup service for iOS and macOS devices, recently, it has developed to become a fully-fledged cloud storage platform. iCloud Drive enables users to add miscellaneous files to the cloud, just like you would with Dropbox, OneDrive, or Google Drive. And of course, iCloud will still store full backups of your Apple devices such as iPhones and iPads.  This makes iCloud a 2-in-1 solution for Apple users: a backup service and a data storage platform.

When iCloud is being used on an Apple device, its greatest strength is integration. Everything about iCloud is optimized to work with the iOS and macOS systems. Backups occur mostly in the background, and once set up, there is little work required on the part of the user.

If you use multiple Apple devices, data will sync seamlessly across devices, ensuring you can always access your data when you need it. Having used iCloud for several years, we can confidently say it is one of the best-integrated cloud storage solutions (if you only use Apple devices).

Users can also share specific documents or folders with others. However, unlike some of its competitors, there is no file versioning. This makes iCloud slightly less appealing for businesses that collaborate in digital workspaces.

iCloud is at its best when used on an iOS or macOS device. It’s deeply integrated into the operating system, and the user interface is powerful but easy to use. iCloud Drive can be found in the Finder application on their macOS device, which makes it easy to drag and drop files. Users can also designate iCloud Drive as the default storage location for documents saved on the device.

Similarly, on iOS, users can manage their iCloud storage through the Files app, which includes a dedicated iCloud section. Additionally, many advanced controls can be found in the Settings or Systems Preferences apps of these devices. On both iOS and macOS, the interface is clean, and it is easy to preview, add, delete, edit, or share documents.

The iCloud web-app interface is slightly less impressive. However, it is still functional for when you don’t have your primary device with you but need to access an important document.  Limited file previewing is possible, but videos cannot be streamed directly from the web app and must be downloaded.

The iCloud client for Windows 10 is, again, functional, but unlikely to impress. It enables users to download or upload files but does not offer much more in the way of integration. Unfortunately, there is no iCloud support for Android devices, which we see as a significant weakness.

One notable exception is the end-to-end encryption of confidential data such as credit card information, health data, and iCloud keychain. We are glad to see this inclusion, as 128-bit encryption is simply not secure enough for data as important as payment information and account passwords.

iCloud users can also secure their account with multi-factor authentication (MFA) methods such as one-time passwords, biometric data, or authenticator apps. This provides an additional security layer beyond a password and username alone.

All iCloud users receive 5GB of free storage. This is on par with the 5GB offered by Microsoft OneDrive, but less than the 15GB provided by Google Drive.

However, if you plan on storing most or all your data on iCloud, this free storage won’t be sufficient. Photos and videos, in particular, will quickly consume the gigabytes. If you need to purchase additional storage, there are several options available.

It’s also worth mentioning that data can be shared with other users as part of Apple’s family data-sharing framework.

iCloud has improved a lot in recent years. For Apple users, it now competes with the likes of Google Drive, Dropbox, and OneDrive. The addition of iCloud Drive was a gamechanger, as it enabled users to add any type of data that they wanted to add. We also remain impressed by iCloud’s security framework, which is better than that of many of its competitors. The iCloud interface is exceptional when used on iOS and macOS devices. However, in all other cases, iCloud disappoints.

We can’t recommend Apple iCloud to businesses whose employees use a mix of Apple and non-Apple devices, as compatibility and ease of use will be a constant issue. The iCloud client for Windows 10 is just functional at the best of times, and there is no Android client. Thus, we think most companies would be better serviced with a provider such as Microsoft OneDrive or Google Drive.

The majority of global organizations lack the necessary...

IT engineers are spending huge portions of their time a... 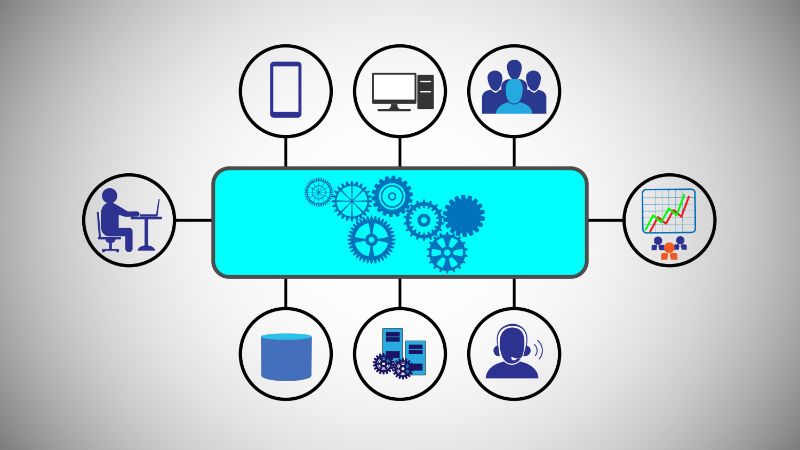